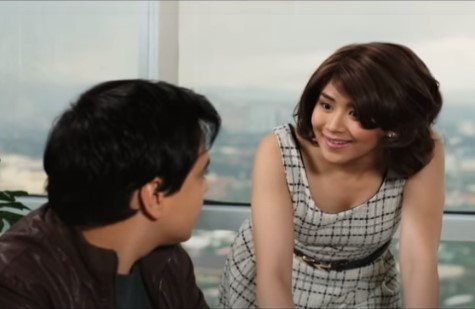 Sep 2022 Movies To Enjoy at the MYX Box Office

1. YOU'RE STILL THE ONE - Two people who have always been in love struggle to find the right time to finally be together, as they keep encountering each other when they're with someone else.

2. ACHY BREAKY HEARTS - Chinggay, a jewelry shop manager, is one of the single women in their 30’s who feels the pressure to find love. She goes out on dates with men but none of them seem to make the cut. Everything changes when suddenly, two men are interested to be with her. Ryan bought an engagement ring from Chinggay only to be rejected by his girlfriend. Chinggay helps Ryan to get back with his girlfriend but they end up losing the ring and becoming good friends. On the other hand, Chinggay’s ex-boyfriend Frank is persistent to redeem himself and to prove that he deserves a second chance with Chinggay. Chinggay finds herself torn between two kinds of love. Will she choose one over the other? Or will she realize that the love that she needs won’t come from either?

3. TILL MY HEARTACHES END - Paolo "Powie" Barredo is out to prove to the world that he can succeed in life independently, and is not just a son born out of wedlock. Agnes Garcia, on the other hand, always longed for the time when her family will finally be completed again. They find each other at a café and couldn't take their eyes off each other. They found solace and comfort in each other's company. But their life paths moved them in opposite directions.

4. IT TAKES A MAN AND A WOMAN - Despite their differences, Laida and Miggy become each other’s refuge, bringing out the best in each other. But just as their happily-ever-after is about to happen, they come face-to-face with the biggest challenge in their relationship. Miggy and Laida brave the complications of a long-distance relationship when Laida pursues her plans of leaving for Canada. Miggy finds comfort in Belle during his father’s funeral. Laida, too disappointed by Miggy’s infidelity, bitterly ends her relationship with him. Two years later, a more confident Laida comes back to the Philippines as Flippage’s new consultant. Her new position does not only bring her closer to Miggy, it also gives her the power to determine her ex-boyfriend’s fate in MonteComm. Will Miggy’s presence charm Laida or will she keep antagonizing her own love story—will they ever get back together or are they fated to live apart forever?