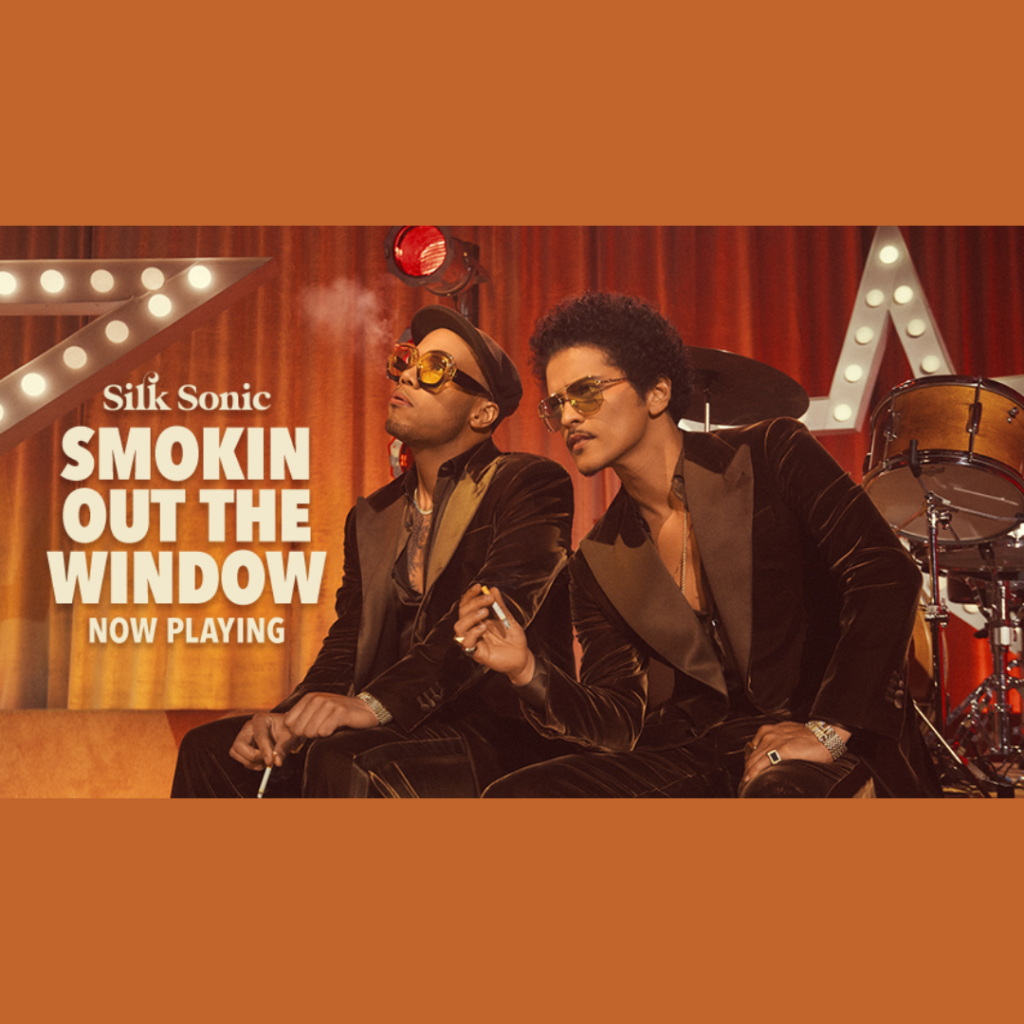 The vibes are back, and this latest track and music video from Silk Sonic has everyone ready and wanting the R&B Duo's album to drop right now. "Smokin Out The Window" teleports you back to a 1970s television performance very reminiscent of the Soul Train stage and a touch of comedic nuances from that decade's variety shows. In essence, the song is about blindly being in love and coming to the realization that the relationship wasn't as exclusive as you thought it was. As sad as that sounds, the catchy, smooth lyrics deliver a track you can vibe to, bringing back the rich textures and vocals of old-school R&B like Bruno and Anderson always do.

This is the third single that the duo has released. Silk Sonic's highly anticipated album "An Evening With Silk Sonic" is set to release on November 12th and they just released the tracklist for the album! Check it out below.