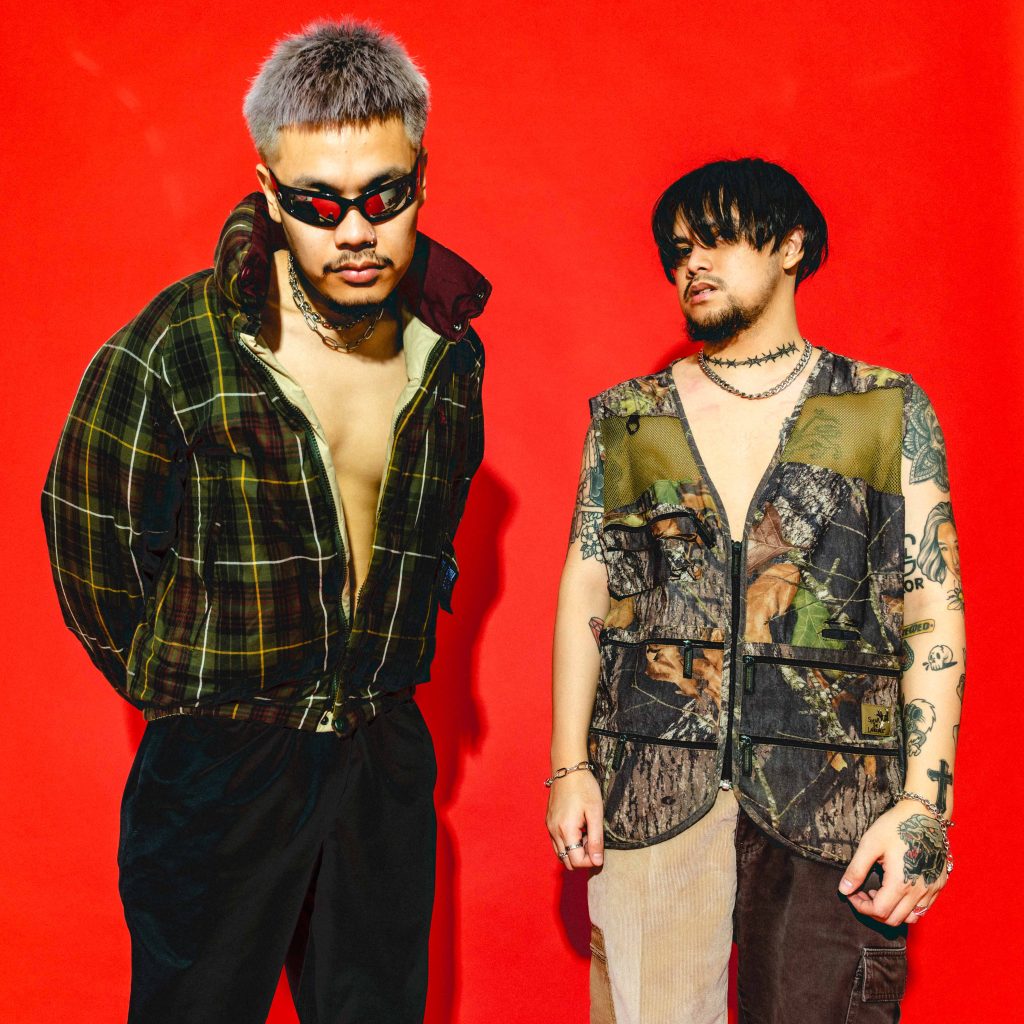 The Tu$ Brother$, Al Tus and Rudyrude, are a Filipino hip-hop duo from Rizal, Philippines. Together, they have released more than ten singles, one album, and three EPs working with their mainstay producer, SAINT. They have since joined powerhouse music collective WAYBETTR and the partnership has helped both parties collaborate together to reimagine the local Filipino trap hip hop scene.

Their newest project, 808s & Amats is the Tu$ Brother$ first EP with WAYBETTR and the duo’s first EP since 2019. The project encapsulates a darker, more mature, and transformative sound and aesthetic that the duo has developed, led by the production of Saint and NEXXFRIDAY. 808s & Amats aims to reward old fans and introduce the Tu$ Brother$ to new fans as well.

We sat down with Tu$ Brother$ to discuss their sound, their influences, their live shows, and more.

Q: Who are your biggest influences as artists?

TB: The biggest influences for us as artists are: Three 6 Mafia, $uicideboy$, GHOSTEMANE, & Bone Thugs-N-Harmony.

Q: How does the Tu$ Brother$ plan on reimagining the Filipino trap scene?

TB: We want to change the game and open people’s taste in music. We want to show them that there’s more to trap music than what’s popular in the Filipino scene and that there are actually a lot of talented underground artists that we need to showcase.

Q: Let’s move on to your new project, 808s & Amats.  What was your inspiration behind the six-song EP?

TB: What we wanted to do for this EP was to try to step out of our comfort zone and be more experimental with our sound. If you think of it, our sound is already experimental and risky, so why not risk more?

TB: Damn, this song was really not planned and it was all on the spot. It was actually like an unspoken agreement that we had with Because that we had to make a banger. What we can tell you is that we just gave in on our creative instincts, went with the flow, and the rest is history. Working with Because is great, he’s just always ready to make a hit song that people will love!

Q: Name three other Filipino artists you would like to collaborate with:

TB: There are a lot of artists we definitely wanna work with, but if we have to name three, it would be Al James, Shanti Dope, and Bugoy Na Koykoy.

Q: I’ve seen footage from a Tu$ Brother$ performance, how does it feel performing and receiving that energy from the crowd?

TB: It was pretty overwhelming at first because we never really expected that people were gonna like our music, but as time went by, more gigs came, and more people started singing our songs, we just learned how to use that as a booster to really give our best.

Q: Any shows, music videos, or announcements that we should be looking out for?

TB: Since we talked about False Alarm, the music video is actually in the works already, so people should watch out for that. Of course, listen to our EP, 808s & Amats which is out now on all streaming platforms. Last but not least, we’re making big moves this year so watch out for that as well! Peace out!